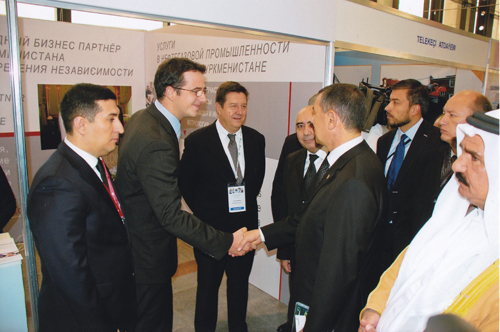 The three-day exhibition and international conference brought together more than 100 companies from 20 different countries along with several international organizations.

During these three days, a number of discussions were held with representatives of Turkmen ministries and companies (the Turkmenbashi TKNPZ refinery, Turkmengas, Turkmenneft) and Western companies that included RWE Dea, Total, CGG, Saipem SA, MMHE and Rolls-Royce.

Visitors had the opportunity to learn about the line of industrial services specially developed by CIFAL in Turkmenistan and more particularly its role in supplying standardized and custom-made industrial equipment to the country’s oil and gas industries.