Gilles REMY elected President of the France-Turkmenistan Chamber of Commerce 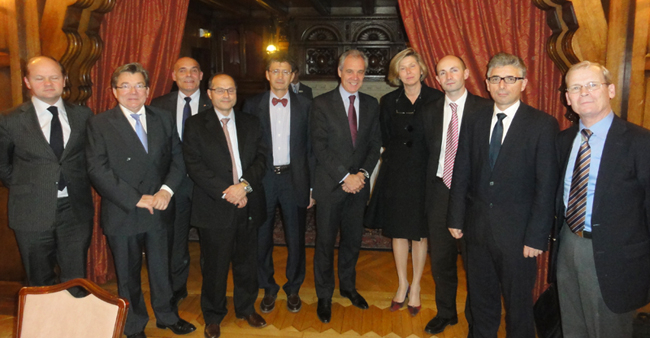 Gilles Remy, CEO of CIFAL, the first French company to set up operations 20 years ago in Turkmenistan, convened a dozen large companies already operating in the country to create the France-Turkmenistan Chamber of Commerce. He was elected President of the Chamber at the Constituent General Meeting that was held on November 26 in Paris. The Steering Committee will include three companies that were granted vice-presidency status (Thales, Total, Bouygues) and five other members (EADS, Saipem, Dresser, Vinci, Suez).

French companies were among the first Western enterprises to open offices in Turkmenistan, as early as 1993. The French presence and its market shares hold a solid position. However, French know-how is not always adequately promoted.

The Chamber aims to act as spokesperson for the common interests of its member companies and to expand the French presence by promoting greater knowledge of Turkmenistan and of its potential in the business and political spheres.

The Chamber was launched on the same day that the 2nd Session of the Joint Franco-Turkmen Committee was held in Paris. This Committee was chaired by its co-presidents, Nicole Bricq, French Minister of Foreign Trade, and Akmurad Yegeleyev, Turkmen Vice Prime Minister.

The Chamber’s initiative enjoys the support of the governments of both countries. This private and independent organization will gradually expand to offer support to all French companies currently operating or planning to operate in Turkmenistan.