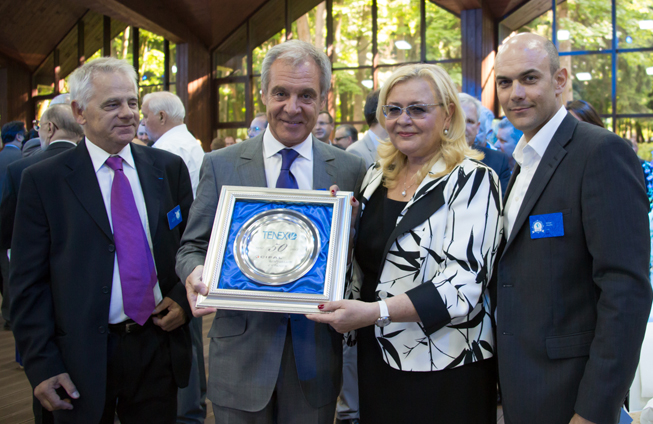 The “Nuclear industry in Russia” seminar, organized jointly by Ubifrance, CIFAL, Rosatom and the AEC, held in the offices of the Russian commercial representation in Paris, brought together some 50 French SMEs, equipment manufacturers and service firms specialized in the nuclear sector.

The purpose of this seminar was to provide an overview of the opportunities and position that French companies could gain on the market for the construction by Rosatom of nuclear power plants in Russia and other countries.

Following the presentations given by the organizers, a series of BtoB meetings were held at CIFAL headquarters between the seminar attendees and several speakers (Ubifrance, Alstom, Daher and Cifal).

A 27,5 million euro contract was signed on May 1, 2013, by the CEO of the company Pt Istana Karang Laut, Alain Dambron, and the director of the Turkmenbachy refinery, Tachberdy Taguiev, in the presence of Gautier Mangenot, director of CIFAL Turkmenistan.

This turnkey contract for the supply of a BOPP (biaxially oriented polypropylene) film production line includes engineering, equipment procurement, assembly and construction of the related buildings. Completion is scheduled for July 2015.

At the request of the president of Turkmenistan, CIFAL has taken over this project following the default of the company DMT, the initial winner of the construction and delivery contract. CIFAL set up a substitute solution without financial loss to the Turkmenbachy refinery.

Following the signing, Gautier Mangenot stated: “We are very pleased to have contributed to the implementation of an innovative project which is part of the monetization of Turkmen oil and gas production.”

THE PRESIDENT OF TURKMENISTAN HOSTED THE CHAIRMAN OF THE COMPANY CIFAL

In thanking the Turkmen leader for his availability, the head of this eminent French company congratulated President Gurbanguly Berdimukhamedov, and through him the entire Turkmen people, on the occasion of the Turkmen horse festival, an event celebrated with great pomp in the country every year.

After thanking his guest, the President expressed his pleasure in receiving the representative of a leading French company with which there is already a close partnership.

During this meeting, they discussed the progress and outlook of the fruitful collaboration that has been conducted with success in a number of key areas. As we are aware, CIFAL operates in a number of fields, and more particularly in energy, civil aviation, civil engineering, industrial construction, communications and electronics, and consulting and expert services. The French firm also views agriculture – in particular cotton growing – as one of the profitable drivers of a mutually beneficial partnership, rightly considering that Turkmen cotton production, known as “white gold,” is one of the most competitive and sought cottons on the global market.

Saluting the availability of the European leader to strengthen and expand the historical ties with Turkmenistan, the head of the Turkmen state wished his guest success on the path to the development of this long-standing cooperation, which is particularly focused on training specialists.

At the end of the meeting, Gilles Remy promised the Turkmen President that CIFAL would do everything in its power to achieve the objectives for boosting the existing partnership, while taking into consideration the strategic mission of the socio-economic development of Turkmenistan in this era of power and happiness.

Gilles Remy, Chairman & CEO of CIFAL, accompanied the minister on March 1st and 2nd during his trip to Kazakhstan, Uzbekistan and Turkmenistan.

The minister of foreign affairs was welcomed by the heads of state of these three countries and held discussions with his counterparts. In each country, Gilles Remy and the directors of the local CIFAL representative offices were given the opportunity to present the activities of the company, which has been established in these three countries for 20 years or so.

In Turkmenistan, the minister and his counterpart ended the second Franco-Turkmen working group session on energy partnerships. They attended the signing of the partnership agreement between the French-Turkmen Chamber of Commerce and the Turkmen Chamber of Commerce and Industry, represented by their presidents Gilles Rémy and Mergen Shalyev, respectively. 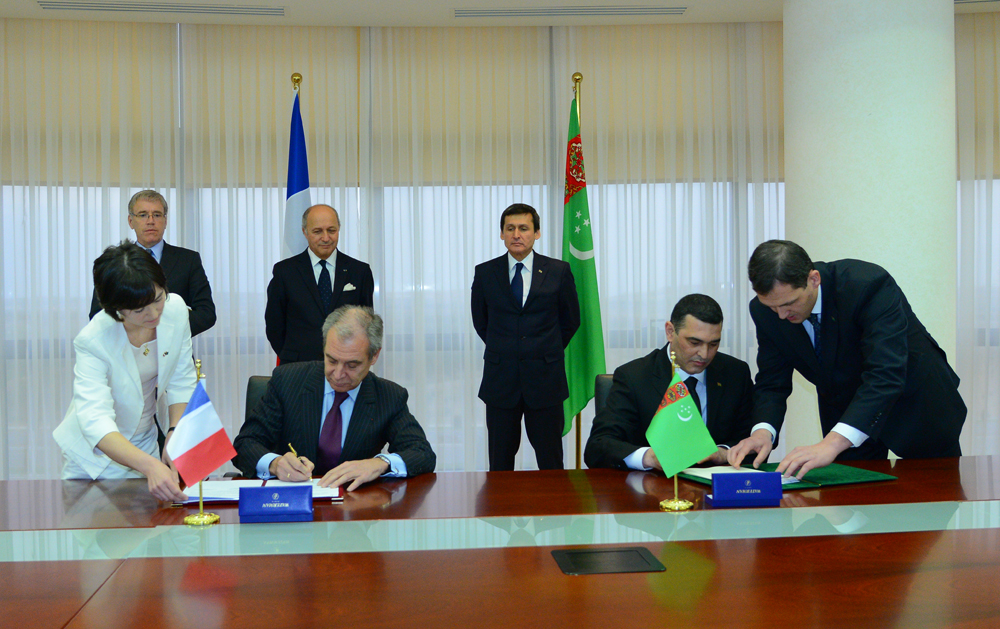 Gilles Remy and Mergen Shalyev sign the partnership agreement between the chambers of commerce, in the presence of ministers of foreign affairs Laurent Fabius and Rashid Meredov.

You’re only twenty once…

Twenty years ago, France officially recognized the Central Asian and Caucasian states by establishing diplomatic relations with each of the newly independent capitals. This deployment toward a part of the world that remained widely neglected by many Western chanceries was confirmed the following year by a trip to the region by French President François Mitterrand, and allowed France to gain a foothold on this “new continent,” and some of our companies to take advantage of the kind of growth the likes of which the Euro Zone will not experience any time soon.

The annual seminar that brings together the company’s main commercial managers was held in the CIFAL offices at 15, Petrovka street. The seminar dealt with the expansion strategy for the CIFAL line of services in the countries where it is based. The 2013 sales targets were set. The seminar was also intended to integrate the commercial managers that recently joined CIFAL especially in Russia, Azerbaijan, Turkmenistan and Uzbekistan. 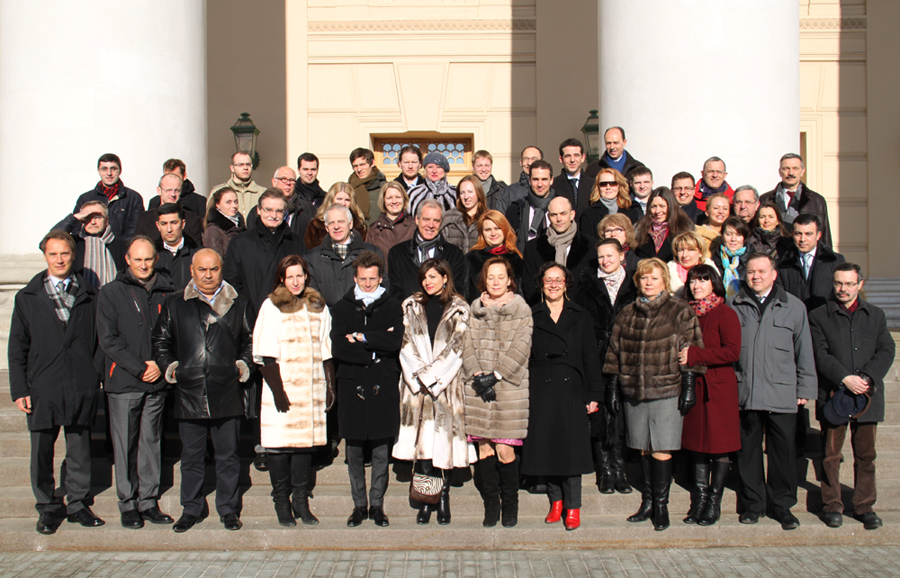 CIFAL seminar participants on the steps of the Bolshoi

The sides discussed prospects for further cooperation in energy, infrastructure, construction and civil aviation. The French businessman mentioned that CIFAL would like to participate actively in the implementation of new major projects initiated by the president of Turkmenistan.

G. Berdymuhamedov expressed the readiness of Turkmenistan for mutually beneficial cooperation, especially with its long standing and reliable partner.

The day before the publication of the foreign trade figures, OSCI (French federation of international trade agencies) criticizes the French system for international business development. This organization, which is an umbrella body for private companies specialized in promoting international business, blames the lack of clarity of the public system, represented by Ubifrance, Oséo and Coface, among others. According to an OSCI survey, 60% of business leaders questioned consider that the system is inefficient. Gilles Remy, its Chairman, explains.

OSCI also calls for the creation of an export bonus or credit for enterprises that have the capacity to develop their international business.